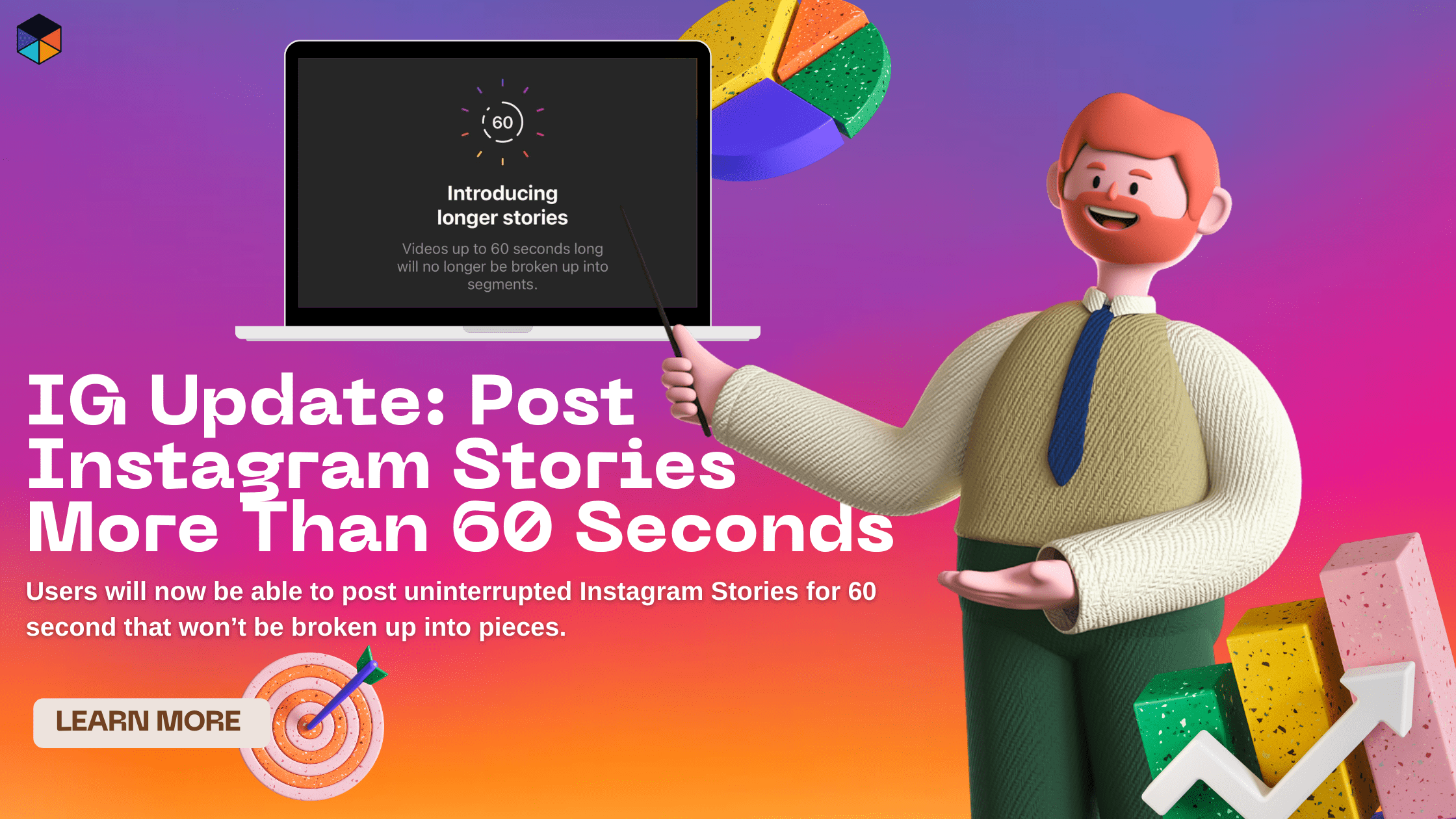 Instagram is rolling out the ability for users to upload longer uninterrupted Instagram Stories. Thus social network confirmed to TechCrunch on Friday. Now, when you post a Story that’s under 60 seconds in length, it won’t be broken up into segments.

Instagram starting rolling out new features to the new users. The beta test for the new feature was released last to worldwide user.

“Now, you’ll be able to play and create Stories continuously for up to 60 seconds, instead of being automatically cut into 15 second clips,” a Meta spokesperson told TechCrunch. “We are always working on ways to improve the Instagram Stories experience,” the spokesperson added. 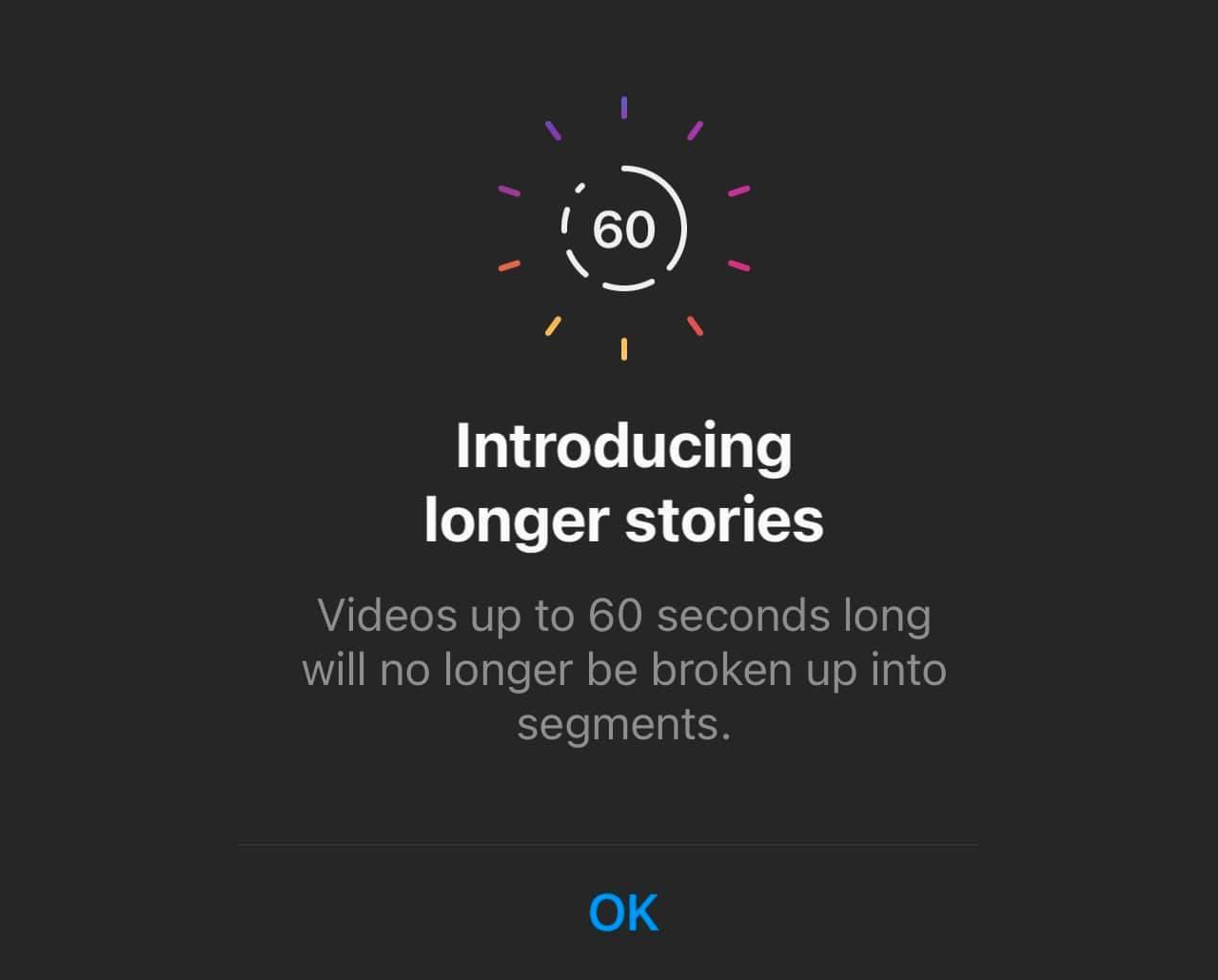 The viewers will also no longer have to continually tap to get through a long video that they may not actually want to see.

The new change is a welcome addition to the app, likely for both users and viewers. Users will now be able to post uninterrupted Instagram Stories that won’t be broken up, and on the other hand, viewers will no longer have to continually tap to get through a long video that they may not actually want to see. But, the change could also be a turnoff for people who liked the simplicity of short, bite-sized Instagram Stories.

The Meta-owned app was spotted testing the same in December last year and has now finally rolled it out to its users across the globe.

Is 60 second video is too less for the users?

We independently verified the feature on the app, and the update seems to be available to most users. Now, users are able to play and create 60 seconds long story on instagram.

Now that Instagram has started revolving around video-based content more than ever, it has also started to consistently work towards upgrading the user experience including increasing the time limits on videos. In addition, the ability to post longer uninterrupted Stories somewhat blurs the lines between Instagram Stories and Reels, as you now have two options when it comes to posting a 60-second video.

As Instagram pivots to video, the social network has been increasing the time limits on its video products. In June, the company added support for longer Instagram Reels of up to 90 seconds, up from the previous 60 second-limit. Instagram also recently made a system change that sees new video posts that are shorter than 15 minutes being automatically shares as Reels.

It doesn’t come across as a big surprise as the head of Instagram, Adam Mosseri while laying out Instagram’s priorities for 2022 essentially mentioned that the photos and video sharing app would double down on video. He also signalled that the app would further integrate its video content around Reels and aim to grow the same.

Is it Copy of TikTok?

All of this comes as Instagram has been chasing TikTok and even went so far as rolling out a TikTok-like full-screen feed that users ended up hating so much that they essentially forced the social network to walk back the controversial change.

But, that doesn’t mean Instagram is going to stop prioritizing video, as the recent change to Stories indicates that the social network is still pretty adamant about being a video-focused platform.

Users can currently post 100 Stories at once. While this number should remain the same despite the change, users who have received the update must tap a “Show All” button to see the rest of the Instagram Stories.

Otherwise, Instagram jumps to the next person’s Stories. This brings about a significant change in how Instagram Stories works.

Meta Launches New Conversational AI Which Learns from Human Interactions, the Next Stage of Bot Development

While the Messenger Bot revolution never grabbed hold like Meta could have trusted, bots...